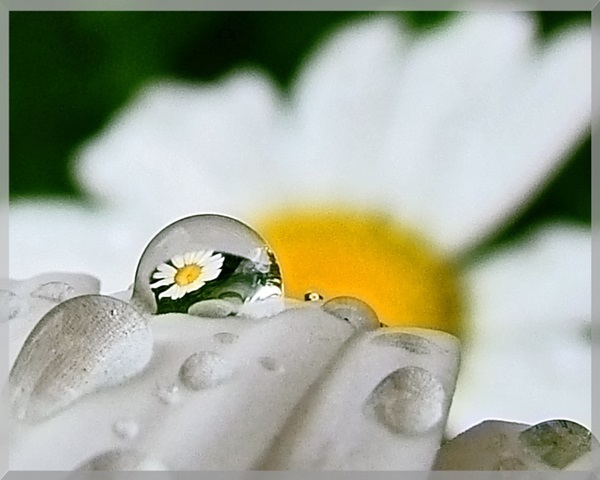 Reference: Re: Your Christmas donation: Water! What`s the real problem?

Possibly it is up to you?

Many thanks for your e-mail. With joy I have read that there are different ways to hand over the people real help in the areas and regions of the famines.

The only item in which it lacks is quite obviously the financing for the nationwide execution of the projects. However, also it is lacking in conscientiousness as usual and basically, because you even write yourselves:

"Life- giving rainy seasons are missing more and more often or are too unrewarding to let burgeon grain, vegetables and fruit.

Too sparsely, in order to prevent hunger........ We can hardly prevent the climate change! Nevertheless, we can help particularly affected people to handle better with the results."

Besides, regrettably, you have forgotten to mention that the climate change was not caused by the affected people in the dried-out regions who becoming more and more damaged by a drought or vice versa the people are not to hold responsible priority for the increasingly heavy rainfall of the monsoonal areas and the thereby caused crop failures, but, as scientifically proven, nevertheless, the capitalistic states are and all industrial nations of earth!

Unfortunately the climate change does not ask for the polluter, separate it is at the mercy of the circulation of the whole "weather"!

This lacking conscientiousness twists quite clearly the facts and is therefore a guilty statement of facts by a failure to render assistance of an reparation and a fair compensation in the hardly affected regions of earth and  in addition, it will be satisfied every person plausibly, that one must ask for help or respectively,  that it must be asked for help, although there has not been and still is no reason to beg for alms separate there is existing an obligation by the causing of the climate change and therefore the big damage cannot be repaired and it cannot be solved the problems by the „small but mighty donations“.

Not now and already not at all in future!

This is what a person has to learn in no uncertain manner to be able to distinguish such a matter quite clearly, because why should a person ask for something, if the other person has guilt for the state of the begging one? Why?

However, thus this does not go on anymore, because then life will become increasingly an only lie!

And now it goes on to the additional point of this writing:

Which circles of category of persons, which groups or which states profit mostly by the industrialized and highly technically developed so-called world economy system of the nations, by which to a high ratio the global warming has been gone up as can be proved and therefore the melting of ice will be disturbed the whole ecological system and "weather activity" increasingly?

The answer is quite easy, if one lets present the bank accounts of the individual or the budget of all industrial nations!

Therefore at the same time it is provable who bears a part of the blame in the state of affected regions of earth and what the whole amount has to be of each debtor of the reparation and fair compensation.

If "money" ** must work by speculations independently and increases itself* or by false speculations decreases, a craftiness or cunning is given basically always by the risk, which with profit or loss must bear almost always at last the financially weaker nations, is  it by the loss of the job, by a wages cut or by a renewed, unfair low-wage work on the assembly line!

Nevertheless,  since the worldwide increasing disasters will pile up and strengthen, what has already become foreseeable, must be taken place in this, our situation a well thought-out achievement at every affected, unstructured country, while a future-oriented consideration of these countries must be called, by which will intervene compulsorily in the respective culture and structure of the affected country.

At the same time it is an unaffordable help for every person on earth and for one`s whole existence by which every country has to uphold its today's borders and must keep to its borders and no state may threaten another or capture or may place above another state, a smaller state or a community of states.

Your direct contacts would be therefore the Ministers of Finance of rich industrial countries and it would be the multi-millionaires, billionaires  and multi-billionaires e. g. of the automobile industry or the oil sheikh from Arabia and many, many others with which the accumulated capital ** has taken on dimensions for which no healthy common sense is able to answer!

So and not differently I remain

HP: For the matter the same is valid also for subterranean nuclear tests, because particularly a strong subterranean atomic blast wave can have affect after some hours or mostly after days in a certain point of the already very old and exploited earth and often an earthquake is the result.

Also at that point no requests for help are appropriate of the struck people, but there is at least a duty of the real reparation and compensation of the causer accountable to the respective country and its population, however, this can be the bankruptcy namely for everybody!