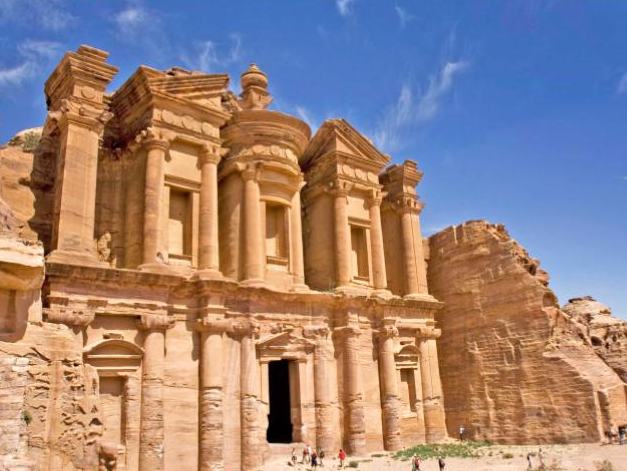 Homepage www.ursulasabisch.netsempress.net   The German-language document you may find here!

In the Matter and Commission of the Lord/ Talk on Saturday, 16 April 2011 with two competent Ladies of your Denomination.

As already discussed with the above-mentioned Ladies, I would like to address you directly, so that active care can be taken to prepare the way in the matter and commission of the Lord.

The whole matter is, in the main, a possible, one-time fairy tale, connected with the swapping of the wedding couples and a new beginning, which is to come to fruition in connection with an unified worldwide culture.

An unified culture includes many things, but first and foremost it includes faith, language, race, seasons and a world leadership that is directly connected to the "administration" from the Monumental-Area.

Through this, the cycle of life can remain functional, provided it has been built up beforehand, with everything that also belongs to the Monumental-Area, whereby the paradise does not normally belong on earth, but in the universe.

Miracles are also indispensable in this fairy tale and must not be completely excluded at the end of the fairy tale.

Many people will not have noticed that we as humanity are already in the end and that the cycle of life has already been "held" for a long time before it is doomed to collapse!

As your Ladies and my person* have already noted, there are some clear points of agreement between the Roman .Catholic faith and Jehovah's Witnesses by the Lord's order.

Catholic means roughly "Over all the Earth", which very few Catholics know and act accordingly.

In contrast to your faith, which calls on everyone to take active action and to proclaim your religion independently, for us Catholics it is, or should be, first and foremost charity and lived everyday life through which the faith comes to fruition and through which others can experience the conviction of the faith in order to accept it.

We have trained missionaries, but if you look at, for example, the missionised Latin Americans and their understanding of the "Passion of Christ and the crucifixion of the Lord" via TV, then it could comparatively be a carnival event "Mainz as it sings and laughs", as sad and as serious as that actually is.

As a good observer, not only these "stories" but also many other events show that the cycle of life is destroyed when one thinks of the perished death of many people and can no longer speak of the death of a human being.

That paradise will follow through the perishing of even an honest human being and was almost certainly not possible in this way, which can be confirmed by my activity regarding to the connections back to the actual roots of the people, i. e. the ancestors, especially by many people from Luebeck or the former GDR.

Unfortunately, contemporary witnesses who do not bear witness to the events are basically responsible for the enormous time pressure and for playing with values that will ultimately be at stake.

These values above-mentioned will come back to earth in the "present paradise", but not in a magnificent brilliant carriage, but rather as Noah's Ark, as is already clearly evident from science fiction films.

Since my person knows the way reasonably well and since "the tools" and the spirit have been fairly distributed, it is also important for you as "competent professionals" of the proclamation of the coming Kingdom to properly enter into the cycle in order to take the place that was meant for you, about which the above-mentioned conversation has already taken place.

It should not be a matter of missionising people of other faiths or religions, but a chair of information should be created worldwide, whereby the Bible (Old and New Testament) and the Good News as well as the Ten Commandments contain the basic knowledge and this should be imparted, so that no panic breaks out when things happen that will come from the Monumental-Area.

There will be, there can be and there must be no missionary work by people; that is a matter for the Monumental-Area, which at present my person serves directly and presumably receives corresponding feedback through a requested invisible Cudgel, just as it can happen in a fairy tale.

This is a protective function that is meant for every human being and everything must also include the beyond.

I have been working on this for more than two decades with success. (Now thirty-seven years).*

Since I have also looked at your philosophy that stands behind your faith, I would like to particularly address the name of the Lord, which, as you write in your "Watchtower", is said to have been important to the Lord.

In my opinion, it was important to the Creator not to be confused by been calling Himself the God of Jacob, Isaac, Israel? Abraham, in order to make known His omnipotence, and it was obviously important for Him to make people understand that He does not tolerate any other gods beside Him.

Only for this reason did he choose a name or a designation, and to the best of my knowledge I am familiar with the sound of the name YAHWE, which I remember from my childhood.

Actually, it was rather important for God to proclaim: "I am who I am", which also makes it clear that He clearly contrasts and differs from a human being who bears a name, as God of mankind.

But one can see from your high value on the name JEHOVA and on the exact research concerning old scriptures that you are looking for proofs for the identity of God and ask for the image, which was also recognisable through the conversation that took place.

Also on this I would like to inform very clearly that a human being is not equal to God as the brother or mate.

A true clergyman certainly comes into these references and into this discipleship, whereby the clergyman can address his "parishioners or sheep" as "brothers and sisters ...in the Lord", but nowadays the form of address has already been reversed (sisters and brothers), which is unfortunately not quite correct, since the man as head of the family bears a higher responsibility than the wife and mother do.

It is not about the name, but about a certain hierarchy that must also exist among people.

He was crucified, died and was buried and rose again for the sake of human beeings, but it was the will of God, the Father Almighty, to free us human beeings so that we can attain Eternal Life and not fall into other connections.

The Son of God was given the name Jesus because He had become human. This is a big difference, because Jesus our Lord God lived on earth as a man and as a SAINT and did miracles and thus needed a name.

But due to the different images and feature films that are supposed to show Jesus, it will no longer be possible for future generations to form their own picture of our Lord God, what is no longer to be tolerated in this form.

Also the painting, photo or picture on your invitation that was given to me, which was probably supposed to depict Jesus, is not acceptable in this form.

The picture shows a handsome, masculine, strong man extending his hand invitingly to others. It is a certain humiliation towards our Lord and Creator when faces are assigned to and equated with the Son of God in this way.

A model or an actor could be behind this façade and that really does not fit into a religion!

You have to learn to deal with such connections in a completely different way and touch them carefully so as you do not make a blunder.

As a child and young person, I still have fond memories of the large cross with crucifix from the former St. Konrad Church in Luebeck, and so I would like to urge that in a possible future, as a matter of principle, only corresponding drawings of the saints according to the traditions up to the 1950s be depicted in a neutral manner and that the feature films and actor roles be disposed of, except for the children's nativity plays.

It is very important that each child has got its own image and builds up its own connection and familiarity with God, because the children will be the focus of attention.

It is very important that each child gets an idea of its own picture and builds up its own connection and familiarity with God, because it will be primarily about the children, who must all be brought into the right teachings and faith, so that all others who are rooted to the children can receive the place after life that is meant for each one.

This can only be done together with diligence and expertise in the matter and commission of the Lord and Creator of all races and cultures.

Please inform yourselves through the letters which are in circulation or which are currently available on the Internet on my homepages.

I wish you a lot of fun while reading, whereby one can also laugh with pleasure, but then one should also be able to laugh at oneself!

HP: My Person would also like to be interested in the old original writings or, in this respect, in old finds and, above all, to check whether they are complete and correctly translated, whether something important has been omitted or something is missing, and I envy you because of the many possibilities you have.

Quite apart from that, it always takes courage to stand up for one's convictions, and as Jehovah's Witnesses you have that advantage over many Christians!